Am I Dating A Sociopath? How To Tell

Home » Blog » Am I Dating A Sociopath? How To Tell 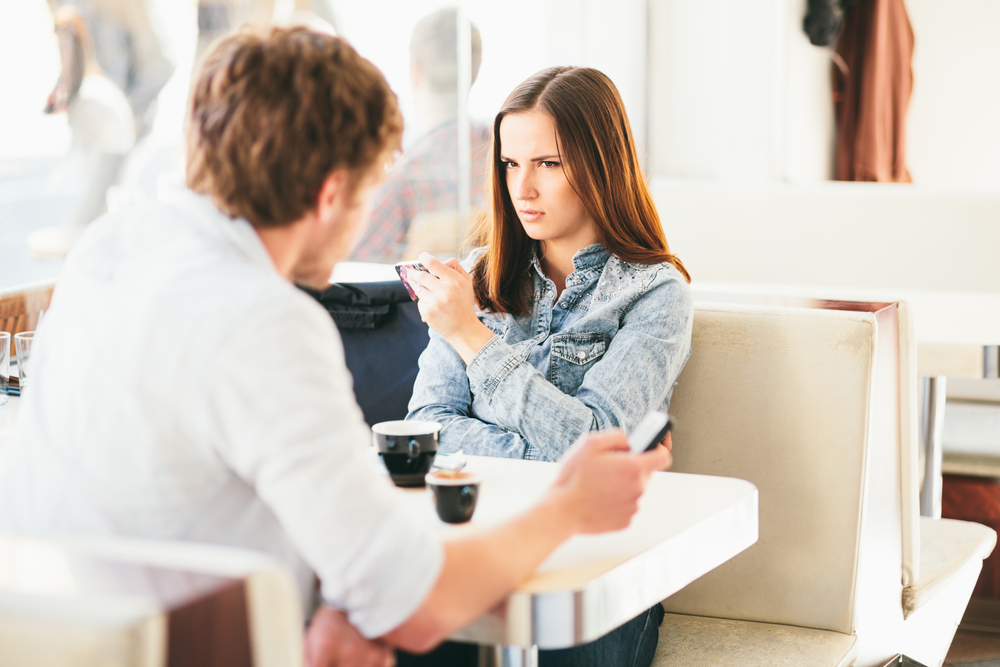 What Is A Sociopath?

A sociopath is a term used to describe someone with an antisocial personality disorder. They think and act without regard for others, including lying, cheating, and manipulating for personal gain. Their narcissism and lack of remorse allow them to believe and most of the time succeed at achieving their desires. On the surface, sociopaths may appear like anyone else. But if you know what to look for you will be able to determine if you are dating a sociopath.  Here are 16 red flags:

1. Having An Oversized Ego

Sociopaths have an oversized and inflated ego.  They are extreme narcissists, meaning they have an excessive interest in and admiration of themselves. They may not be much, but they are all they think about. If your S.O. is obsessed with themselves, whether it be a little bit too much mirror time, or talking about themselves in the third person there is some cause for concern.

2.  Exhibiting A Lack Of Empathy

Being that sociopaths lack the full spectrum of inner emotions they can’t imagine or fee the emotional worlds of others. They are unable to relation, sympathize or empathize with other human beings.  Lack of basic human emotion is one of the warning signs of sociopathic behavior.

Where normal people perceive a threat or see disturbing images that have a reaction.  A sociopath however, remains unaffected and eerily calm during such situations like a car accident or a house fire.  If you are dating a sociopath you have likely been in a dangerous or scary situation where you have felt nervous and they have remained extremely calm and their reaction has seemed bizarre to you.

4.  Showing A Lack Of Remorse Or Shame

The DSM-V entry on antisocial personality disorder indicates sociopaths lack guilt, shame or remorse.  Similar to their inability to empathize, with their lack of inner emotions.  They have a difficult time understanding the emotional consequences of their actions.  If your bf or gf has done something that has hurt you and they don’t seem to be affected by how upset you are, coupled with several of these other red flags, you may be dating a sociopath.

5.  Behaving Irresponsibly Or With Extreme Impulsivity

According to the DSM, sociopaths bounce from goal to goal, and act on the spur of the moment. They can be irresponsible when it comes to their finances and their obligations to other people.  They may even be spending your money because they have been so reckless with their money.  Does this sound at all familiar to you?

6.  They’re Always The Victim And/Or The Hero

Every story either features them one-upping someone at any and all costs. Or how they were thwarted, by cruel forces out to get them.  Pay attention to the stories they tell, as this will give you insight into their world view. Either way they are looking for attention and recognition in their stories.

7.  They Charm The Pants Off Of Everyone In The Room

Sociopaths can be very charismatic and friendly, but only superficially.  Because they know it will help them get what they want. They know exactly what to say to you to get you to like them.  This is probably what drew you to them in the first place. Think back to when you first met and how charming they were.  Looking back now, was it too good to be true?

When it suits a sociopath they know how to be the center of attention and put on a charming face.  But when it comes to meeting your friends and doing something they really aren’t interested in doing, they shut down.  They are either on or off, there is no middle ground with a sociopath.

9.  You Don’t Think Even They Believe What They’re Saying

Sociopaths are skilled liars, but sometimes their lies are so grandiose and disingenuous you don’t even think they believe what they are saying.  Their body language and facial expressions will be a dead giveaway to their story. Easily spot a sociopath using Kiwi Searches People Search Engine and find out background information like education & job history, criminal background, addresses, phone numbers, aliases, social media profiles and so much more.  You will find out the truth behind all of their stories.

10.  They Lie Constantly To Manipulate You (Gaslighting You)

Sociopaths make up blatant, outrageous lies and use deceit and manipulation to control you. They are gaslighting you and you may not even be aware of it.  But it is a form of psychological abuse and they wear you down over time.  If they have been making you feel like the crazy one or denying things you say, get help from a mental health professional..

Even when you catch them in a lie, you can’t stay mad at them because they have a smooth way of getting out of trouble.  Sociopaths are ultimate charmers and know just what to say to you to get to you. If you feel like this has been your experience then you should definitely seek the help of friends and family.

12.  They Don’t Have Many (Or Any) Close Relationships

They are evasive when it comes to their relationships and become irritated if you bring up the topic.  Sociopaths are not as skilled as psychopaths at making friends and prefer to be alone as they are not empathetic beings and don’t understand the human condition.

Sociopaths are so self-involved that they will frequently forget things that have to do with other people, including you. They will flake on people, forget things, and disappoint you. They won’t take responsibility for it either. If you constantly find yourself being disappointed in addition to several other red flags listed, you are more than likely dating a sociopath and should seek help from a professional or end the relationship.

Because of their antisocial behavior and negative attitudes it is quite difficult for sociopaths to hold down a job.  They are often referred to as terminally unemployed. They will have no problem taking advantage of you and feeling justified in spending all of your money.  If you feel that you are dating a sociopath make sure to protect your finances and set clear boundaries with your money.

15.  You Get Blamed Even For Their Faults

It is nearly impossible for a sociopath to say the words “I’m sorry”, so don’t be expecting to hear it anytime soon.  In fact, should expect to have the blame turned around on you. For example, if your S.O. was supposed to pick up milk on the way home and forgot, they will yell at you that you didn’t remind them and it will be your fault.  Rather than simply say I forgot, I’m sorry, they will place the blame on you and make you feel bad about it.

16.  Your Gut Is Telling You Something Is Wrong

Maybe this list doesn’t completely resonate with you. Maybe your partner only checks one or two of the boxes. But if you are so unhappy in your relationship that the idea that am I dating a sociopath has even occurred, consider why. Trust your gut, it knows what’s up.  Official diagnosis or not, you deserve someone who won’t manipulate, lie, or gaslight you.

It’s going to mean choosing yourself and that can be painful, but it’s worth it.