Cougar Dating Guide: What You Need To Know

Home » Blog » Cougar Dating Guide: What You Need To Know 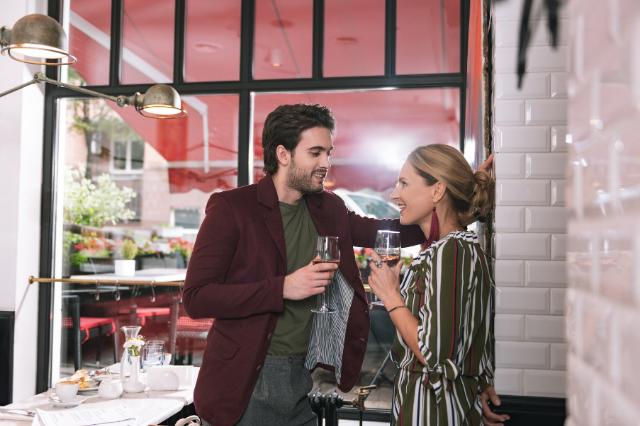 The dating world has evolved over the years. Nowadays, having a significant other who is older or younger than you has never been more common. Also, not all people that are dating are looking for serious relationships. Some may be looking to go on casual dates or just hookup.

One of the most revolutionary changes in the dating game is older women dating younger men. These women are often referred to as “Cougars”.

What Is A Cougar?

A cougar (in dating) is an older, mature woman who dates or has relationships with younger men. Typically, a woman is referred to as a cougar if she is:

Some celebrity examples of cougars include Courtney Cox, Demi Moore, and Jennifer Lopez.

Many assume cougars are looking to casually date younger men, not looking to be tied down in a relationship. This is a common assumption which is not always the case. Other negative assumptions people have of cougars is that they are clinging to their youth and desperate for attention.

Often, being a cougar is confused with “sugar momma”, which are not the same. A sugar momma is an older woman that’s usually married or in a relationship and who financially supports their younger lover.

Cougar Life is the premier Cougar dating website. Confident, mature women are matched with younger men who can bring excitement into their lives.

The service is free to join, and the app is available in the App Store and Google Play.

If you are seeking a site not specifically targeted towards cougars and younger men, consider using Adult Friend Finder. The site caters to a variety of dating and relationship preferences to those looking for casual hookups to swingers. It is free to join and is accessible on any device.

3 Signs You Are Dating A Cougar

First, ask yourself, “What is the age gap between you and her?” Are you older or younger than her? If she is 40+ years old and you are 8+ years younger than her, she may be a cougar.

Cares About Her Appearance

Most cougars care about looking attractive and younger. She may follow a specific skincare, beauty, and makeup regime daily. She also likes to dress her best, especially when with you. Her looking her best isn’t just to impress and attract but is a way of taking care of herself and her body.

Cougars don’t need a man to boost their confidence and support them financially. If you are dating one, she is confident in her skin and isn’t afraid to show her true personality. Also, she can do things on her own without your assistance and money.

5 Tips For Dating A Cougar

Never Refer To Her As A Cougar

She is well aware she is older than you. Age is just a number and should be ignored if you are truly interested in someone. Don’t succumb to the social norms of constantly noting you are dating an older woman.

Be Mature and Confident

Cougars want to date younger men, not boys. They desire to be with someone who is mature and doesn’t play games. He needs to know who he is and what he wants, and brings excitement, fun, and energy into their life.

Just like in any relationship, make sure to compliment her. If she is looking sexy or beautiful, tell her.

Let Her Be Independent

As said previously, independence is a common trait among cougars. They want to be their own woman, doing what they want when they want and not relying on a man. To help her, avoid being that clingy boyfriend and give her space to do her own thing.

So, whether you are interested in or already are dating a cougar, make sure to follow our tips and practice dating safety. On the side of caution, research your date online using such tools including Kiwi Searches.