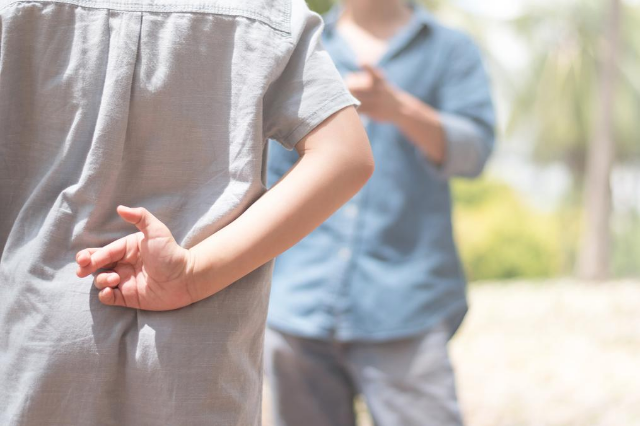 Lying is something that occurs to us every day, oftentimes without us realizing. Friends, family members, coworkers, and strangers can easily lie to you. Sometimes, these lies occur with the intent to deceive, and other times they are just to protect loved ones from hurting by shielding them from the truth.  According to this TEDTalk, people are lied to 10 to 200 times a day. That’s a lot of lying! What many people don’t realize is that there are many types of lies one can tell.

10 Types of Lies and Deception

Sometimes, people believe they are telling the truth to another, but it ends up being a lie. This can often occur when someone is told something from another person (that’s a lie) and doesn’t realize, or is giving someone information (like facts, data, etc) they believe is correct.

This is a deceptive tactic where someone tells another only the partial truth, leaving out the most crucial and pertinent information.

Denial occurs when someone tells another or themselves that they don’t know the truth. This is often done to protect another person or oneself from hurt, or keep oneself out of a situation they don’t want to be involved in.

Falsifying information is the term used to describe a lie or story which occurs in an attempt to get more attention or sympathy, or to intentionally hurt another person. For example, spreading false rumors about a person to purposely hurt their feelings or their reputation.

Misinterpretation is when someone misinterprets something that occurred and shares this information with others. They believe it’s the truth, but may not have all of the pertinent information.

A bold-faced lie happens when someone tells a lie that everyone knows is a lie. For example, a child not eating the chocolate bar when they have chocolate all over their face and hands.

A white lie is when someone tells another person a lie that is harmless. This is typically done to protect someone’s feelings. For example, telling your mom the dinner she cooked tastes great when it really doesn’t.

When someone exaggerates, it’s usually based on some truth. However, the truth is built up with lies to make the information or story seem outrageous and/or ridiculous. This is often done just to get attention or get sympathy from others.

Pathological lying happens when people constantly tell lies for no apparent reason. Those who are known to be pathological liars can often not be trusted. However, this type of lying often stems from having a mental disorder such as antisocial personality disorder.

When an event or action occurs, one will often lie and minimize its effects as to not scare the person they’re telling. For example, saying something was an accident or that you weren’t hurt much (when you were).

Now that you know the different types of lies, you can better catch when someone is telling one to you. Hopefully, it is a white lie that is said in your best interest, but understand that that is not always the case.

Recent Post – Elderly Scams: What Are They and How To Avoid Them