Do Misdemeanors Show Up On Background Checks?

Home » Blog » Do Misdemeanors Show Up On Background Checks? 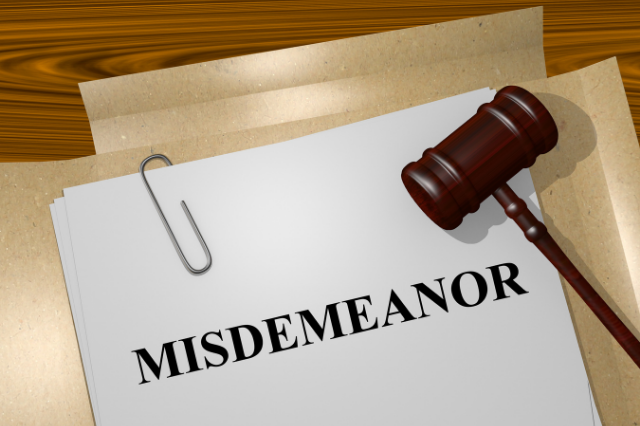 The short answer is “Yes”. Misdemeanors show up on background checks, especially if they are specifically looking into someone’s criminal history. Misdemeanor offenses may be considered as less serious criminal offenses, but they are criminal offenses nonetheless. They will therefore be a permanent part of your criminal record, and as such, will likely show up on a background check that a person or an employer is running on you.

A misdemeanor conviction in the United States usually results in probation, community service, monetary fines, and even jail time of up to a few months in most states. Some examples of misdemeanors are:

How Does A Misdemeanor Record Affect My Job Application?

Employers usually do background checks through state records on job applicants. It would be better to disclose any criminal offenses, felony conviction, or any brush with law enforcement you may have had from the get-go. It would also be wise to familiarize yourself with your rights as an applicant and with laws that may affect your application.

Misdemeanors are usually prosecuted at the county level; hence if the employer runs a state background check on you which doesn’t include the state where you committed a misdemeanor, then it probably won’t show up. Still, there is a chance it would come up. Remember, a misdemeanor will show up on your permanent record unless you have it expunged. Also, while misdemeanors may be in your record for life, background checks in most states usually go back seven years or a particular number of years.