How To Catch A Cheater

Facebook Dating: Don’t Be Surprised If You Encounter Cheaters 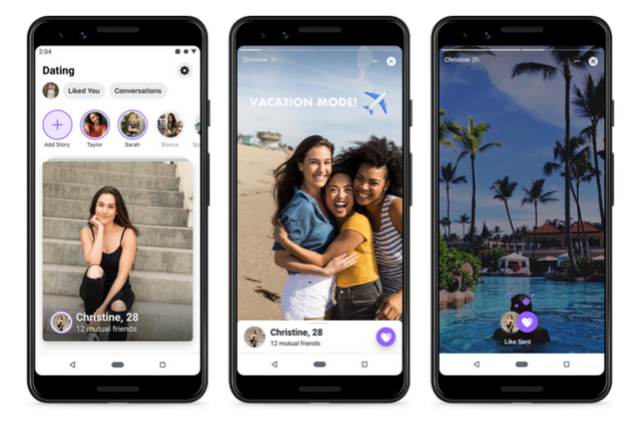 Relationship cheaters are all over the internet, including Facebook Dating. Facebook recently launched its online dating feature in the United States, available for Facebook users 18 years old and higher. But, what exactly is this new Facebook Dating feature? How does it enable cheater to use it? We discuss this and more below.

Facebook has gotten into the online dating game with its newest service, Facebook Dating. The company hopes it will help create meaningful relationships by matching people based on their common interests like Facebook events attended, groups joined, and so on.

Facebook Dating is similar to most dating apps like Tinder, minus the swiping. With the Secret Crush feature, you can make a list of people you’re interested in on Facebook and Instagram. If you both add each other using the feature, you will be notified and matched. However, on the service, you will not be matched with your friends, only friends of friends or people you don’t know.

To learn more about Facebook Dating, view this press release.

However, if you think about it, no dating app has a relationship status line. And why would they? That would be a big turn-off for a good portion of their cheating users.

Unlike normal dating apps, you’re guaranteed not to be matched with people you and others in your life know. Facebook Dating matches you with people not in your friends list, friends of friends, and/or people on your secret crush list. With this in mind, someone will be less likely to catch their partner cheating on them.

If you are really serious about dating, you will look at someone’s profile details, not just their photos. If their profile information is lacking, vague, or contradicts what they’ve told you, something is likely up. They may also be vague when talking about themselves. The more details they give you, the easier it is for you to uncover their ulterior motives.

A cheater will avoid making their relationship public at all costs. They don’t want anyone to find out about their infidelity. Some of the things they may do include:

Overall, they will make excuses, using their charisma, to convince you that it’s totally normal. After some time, if they are still keeping your relationship a secret, they are likely living a double life.

To uncover the truth as to whether the person you’re matched with is lying about their relationship status, you can always run a person search. By running a search, you will be able to see if they are married or lying about other details about themselves.

So, whether you are using Facebook Dating, Tinder, Bumble, or other dating apps, be on the lookout for cheaters. Someone who seems perfect may actually be deceiving you.

One response to “Facebook Dating: Don’t Be Surprised If You Encounter Cheaters”