6 Signs Your Coworker Is Crazy 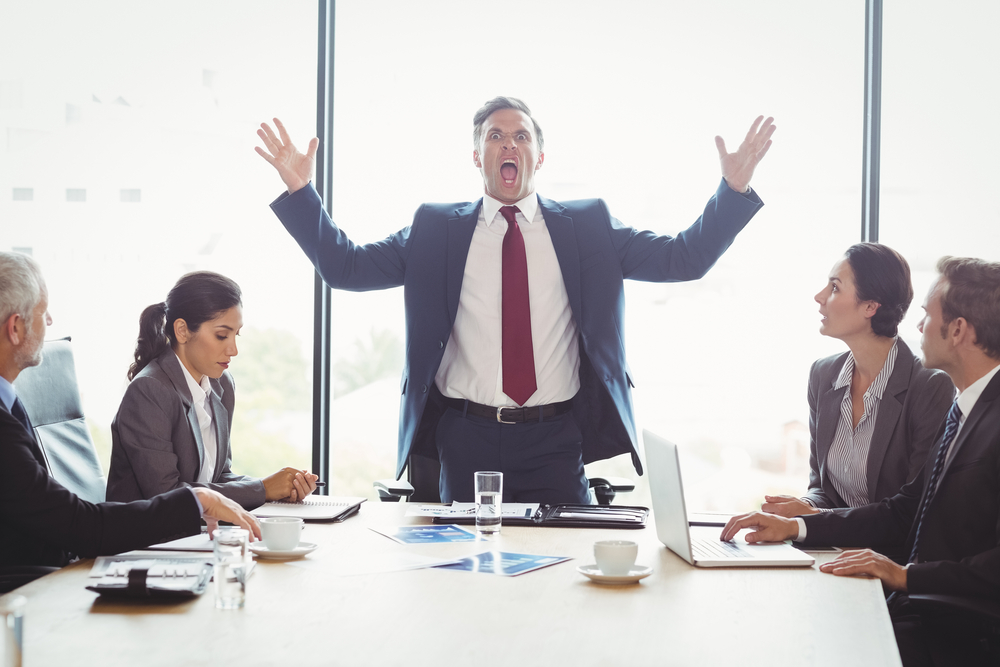 We’ve all dealt with that one coworker, who seems a little unhinged, but you’re not quite sure. There’s something about them that’s just “off.” Normally, you’d politely ignore your crazy coworkers and keep to yourself. But something keeps nagging at you, and maybe their behavior is impacting your productivity. So, for your piece of mind, here are a few signs your coworker is crazy, or at least pretty far out of the ordinary.

If they’re constantly lying, even about little, minor things, that’s one of the biggest signs your coworker is crazy. They may even be a pathological liar, which means that it’s a compulsive habit for them. So there might not even be any reason for them to lie – sometimes, people only want to see if they can get away with it.

2. They don’t have a conscience.

Most of us have that little voice in the back of our heads, berating us when we do something morally wrong. If your coworker doesn’t seem to feel any remorse for some of their more questionable actions, then you should probably stay away, for your own safety.

Some people are able to hide their “crazy” under a friendly, likable facade. They’re funny, charming, and incredibly charismatic. Plus, there isn’t a day that goes by where they don’t have something interesting to talk about. It might be to the point that it’s suspicious. And that leads us to our next point…

4. They manipulate others to get what they want.

One of the most telling signs your coworker is crazy is if they use manipulation tactics. Do things always have to go their way? And will they do anything to make sure they do? If they’re charismatic, they probably get away with it.

5. They subtly (or not so subtly!) put others down.

One way crazy coworkers manipulate the people around them is by putting them down. When they demean their colleagues and point out their flaws, they can come out on top and look superior.

6. They have narcissistic traits.

Does your coworker seem unusually full of themselves? Are they constantly bragging about every task they complete? Clearly they didn’t get the memo that there’s no “I” in teamwork. As far as they’re concerned, the world revolves around them.

Of course, while these are important red flags to look out for, these aren’t exactly signs your coworker is a psychopath. Psychopathy is a mental and personality disorder that’s defined by abnormal social behavior. Typically, people suffering from this disorder lack empathy, exhibit manipulative traits, and can easily fool people into believing otherwise. So, although our list does describe behavior that has no place in a professional environment, it isn’t a definitive guide on how to tell if your coworker is a psychopath. Diagnoses should be left to medical professionals.

Don’t jump to conclusions. But if you feel that your coworker’s behavior is violent or threatening, do your best to keep your distance. In addition, consider bringing up your concerns to management. You can also use our background check service to learn more about a coworker. Do they have a criminal history, or even a fake identity? Kiwi Searches will help you find out so you can protect yourself.

You May Also Like: What Is Sexual Harassment? Definition, Types, And Signs You’ve Been Sexually Harassed

4 responses to “6 Signs Your Coworker Is Crazy”