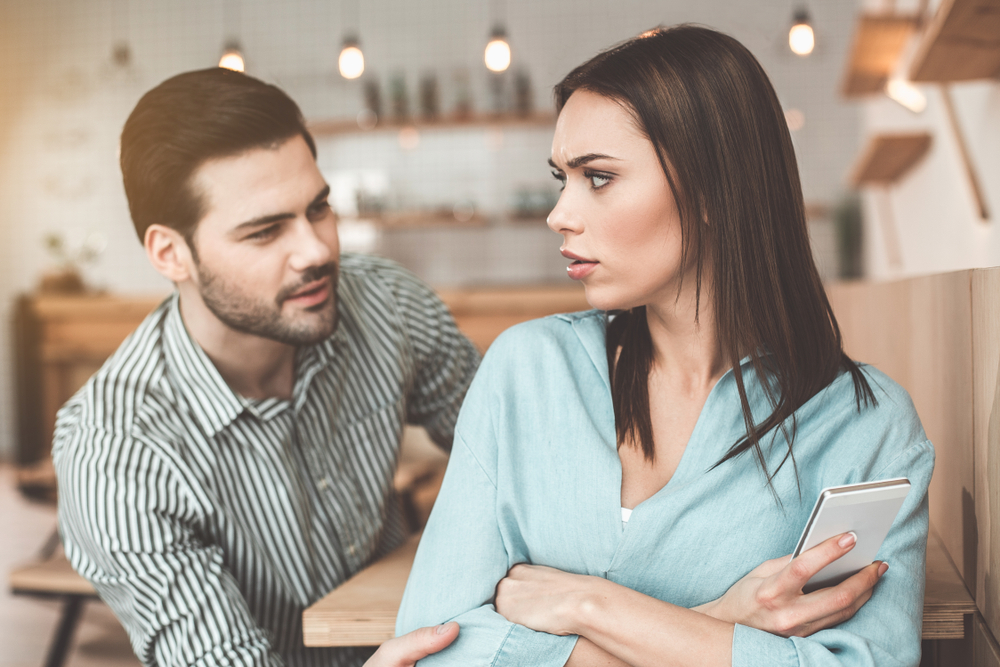 People lie here and there. Most of us tell the occasional white lie when we are running late, but what happens when our partner is a habitual liar? A pathological liar is defined as an individual who chronically and compulsively lies. You can’t just go and hook them up to a lie detector test because they would likely pass. However, there are a few signs you may be in a relationship with a pathological liar.

Lying has become so natural to them, that you can try studying their body language and the way their eyes move to catch them in a lie. However, they will likely try to cover their tracks and hide common body language and movements a person lying would make. In fact, they will lock eye contact with you to make their lie that much more compelling.

The stories they tell are so grandiose and theatrical, they may even pull details they hear from television shows or the news. Pay close attention to their stories because what you hear today may change when they retell it tomorrow. Pathological liars are always changing the facts to accommodate who they are telling their story to and often have a hard time keeping up with their own lies.

Look at their relationships with their family members, friends, and colleagues. There is almost always some form of drama or jealousy going on. They seem to have misunderstandings that are never their fault, and they are always the victim. This is a classic sign of a personality disorder, more specifically, borderline personality disorder.

5.  They lie to get attention

They are always looking for attention and validation from others. So, they will flirt their way into an ego boost, fake an illness for sympathy, or throw a pity party for themselves. It’s all about being the center of attention. They don’t think much of themselves, but they want everyone else to think about them.

Compulsive liars have a fear of failing, which leads them to be highly competitive. They make up many facts about their life to overcompensate and outdo others credentials. When something amazing happens to you, they may be passively downplay it or criticize it. It’s hard for them to be happy for you when something good happens because they see this as a sign of you winning. And they have to win at all costs.

They will lie about the smallest of details like what they ate for lunch to the most defamatory false statements. It’s easy for them to tell these lies whether they be miniscule or so big they are reputation damaging. They have no problem throwing their friends or family under the bus to keep a lie going.

Pathological liars are masters at distorting your reality. Trying to make you feel like the crazy one or guilt tripping you for accusing them of their lies. All the while, when you try and catch them in their lies, they will shift the blame onto you. They will destroy your ability to trust others and yourself. With their lies and ever-changing stories, they try to control you. Even when you know without a shadow of a doubt they are lying, they will still stand their and convince you that you are the one who is wrong.

If you believe you are in a relationship with a pathological liar, then you should listen to your gut and get out while you can. If you need to verify information about them, check out Kiwi Searches’ People Search to access information such as phone numbers, email addresses, social media profiles, current and previous addresses, job and educational history, criminal background, and more. It will give you the peace of mind to learn who you are really dating and move forward in your life.