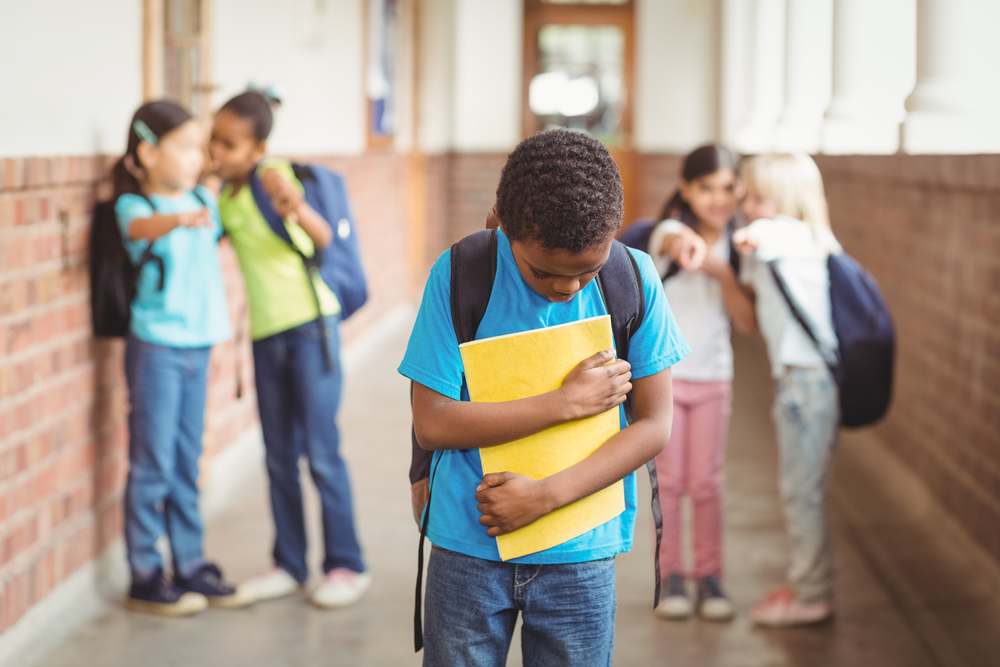 Bullying can be a parent’s worst nightmare. You want nothing more than for your child to succeed in school and make long-lasting friendships, but they could be mocked by their peers on a daily basis. Both parents and kids need to know the definition of bullying and how it happens in our society today. In the past, bullying would usually take place in school or around the neighborhood. For the most part, children were able to return home and feel safe. Now, because the younger generation is constantly “connected” to the internet and social media, it’s impossible for them to escape. Bullies can track them down on their social media accounts, text them hurtful messages, or harass them with phone calls. To put a stop to it, parents need to pay attention to these signs of bullying.

The Most Crucial Signs Of Bullying At School 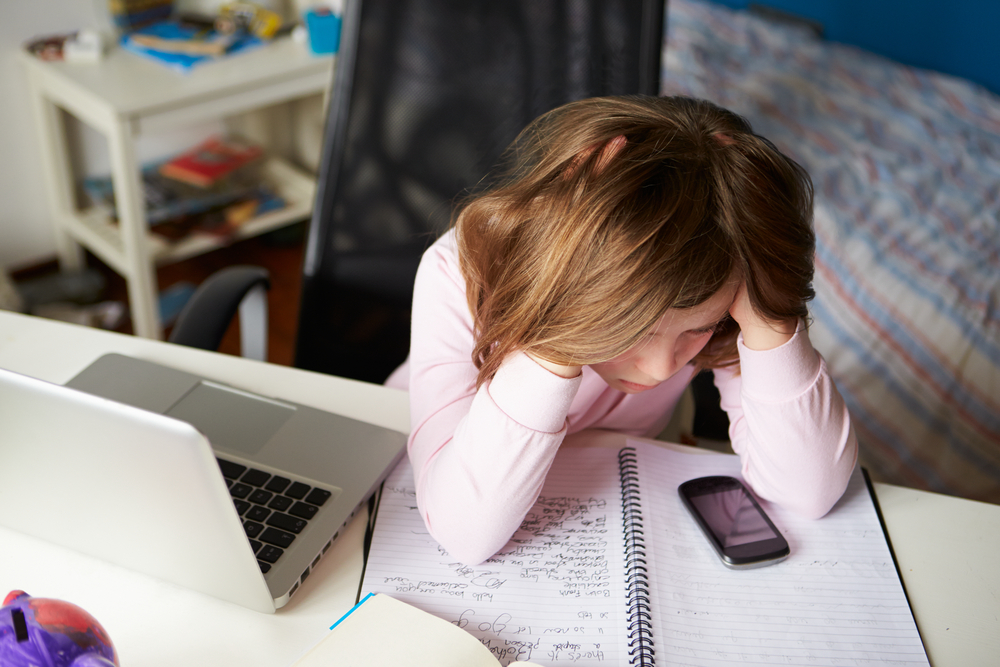 Because of social media and smartphones, home is no longer a safe haven from bullying.

Has your child been acting differently lately? Do they seem perpetually exhausted, or dread going to school every morning? Bullying could be the reason, and these are the behaviors you need to keep an eye out for. It’s important to keep in mind that bullying isn’t just physical. Other types of bullying include verbal, cyber, relational, sexual, and prejudicial.

A drastic change in your child’s overall mood is definitely a cause for concern. They could be feeling upset or scared for any number of reasons, but don’t rule out bullying as a possibility.

2. Fear Of Going To School

If your child no longer wants to go to school, it might be because they’re bullied every day. In addition, some victims are too scared to use the bathroom at school because there’s no teacher supervision, which means bullies can hurt them without any witnesses. The same goes for riding the bus.

There are so many reasons why a child might not tell their parents that they were hurt by one of their peers. Most often, it’s because they’re ashamed or scared. Take note of any unfamiliar bruises or torn pieces of clothing you see on your child.

Does your child come home from school much hungrier than usual? Whether they go to school with lunch money or a sandwich in a paper bag, a bully could be stealing their food. Sometimes children will keep it a secret because they’re worried they’ll seem irresponsible or disappoint their parents.

Have your child’s grades suddenly dropped? Are they now struggling in subjects they used to excel at? They could have trouble paying attention in class because they’re thinking about how to deal with bullies in school.

6. Isolation From Friends And Family

Some kids are more quiet than others, and there’s nothing wrong with that. But if your child begins avoiding interactions with you, other family members, or their peers, that’s a huge warning sign.

The Effects Bullying Can Have On Children And Teens 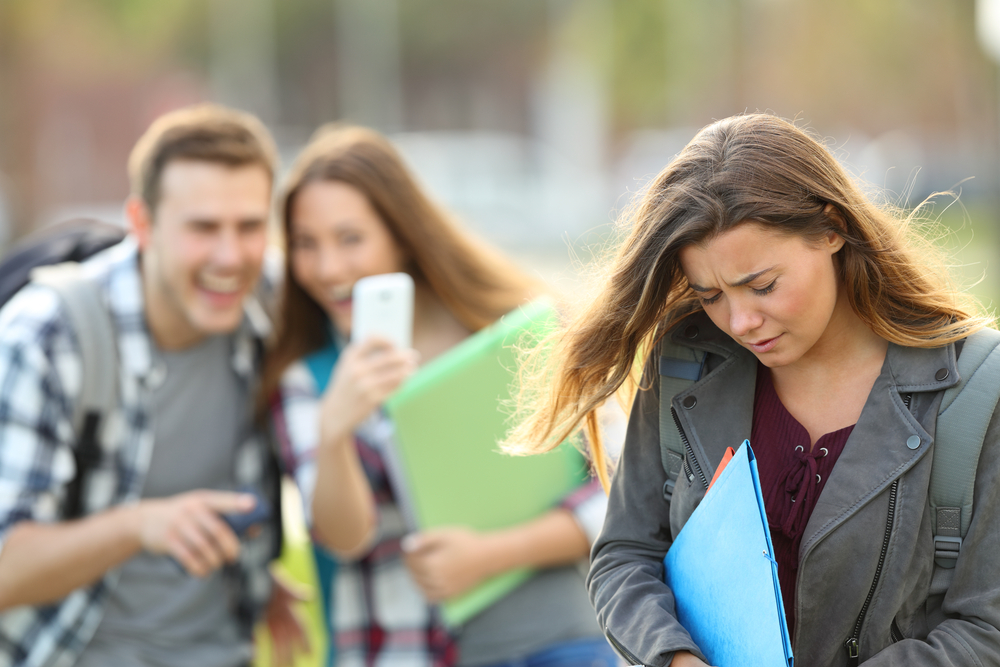 Bullying can stay with young adults for their entire lives.

Statistics suggest that bullying happens most frequently in middle schools. Furthermore, nearly 1 in 3 students in America have been bullied by their classmates. These disturbing facts prove how commonplace bullying is throughout the country. Even though it happens so frequently, there’s still so much that needs to be done about it. Not only does bullying hurt students, families, and friends, but victims can experience long-lasting effects that may continue well into adulthood.

What You Can Do As A Parent 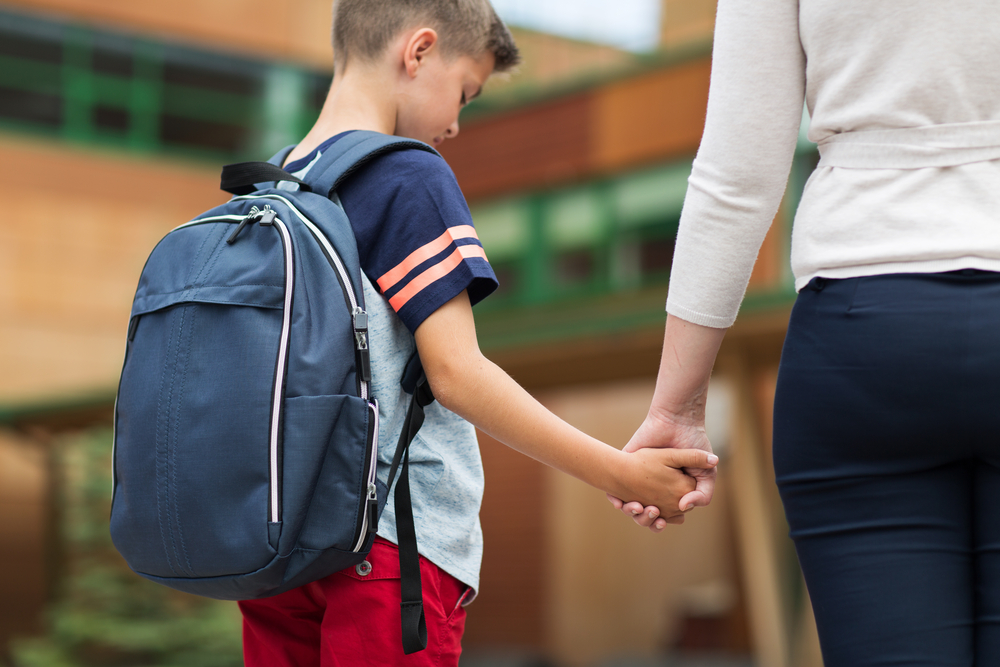 Your child needs your support to get through this.

School should be a safe space where children can learn and spend time with their friends. If you suspect that isn’t the case for your child, it’s time to intervene. Bullying only gets worse when it’s ignored, and it can create a hostile classroom environment for every student. Below are some ways you can keep your kid safe from bullying.

Check In With Your Child

Whether they’re being bullied or not, you should regularly check in with your child. For some children, being asked “How was your day?” isn’t enough to get them to open up. Instead, try asking what made them happy today, what they did at recess, or what friends they played with. In addition, stress to your child that you’re always there for them, no matter what they want to talk about or what they need.

Get Involved And Ask Questions

Your child needs you to be a strong presence in their life. Because they might be reluctant to tell you what’s going on at school, it’s up to you to be involved, especially if you notice any signs of bullying. If your child has a torn shirt, you should bring it up to them with a gentle question such as, “How did your shirt get torn? Did someone do that to you?” This can nudge them in the right direction to tell you what they’ve been dealing with.

Find Out Who Your Child Talks To

Has your child been the victim of harassing text messages or social media posts? This is specifically known as cyberbullying, and it’s become extremely prevalent over the past few years. A phone number lookup will let you know who’s the culprit. From there, you can choose to confront the child directly, speak to their parents, or report them to the school.

Work With Your Child’s School

This might be where your child needs your help the most. There isn’t a universal policy against bullying in schools. Many school districts have their own ways of handling signs of bullying, and they’re not always effective. It’s up to you to speak up and call for action. In addition, you want to make sure that your child isn’t singled out by the administration’s efforts to help. Otherwise, they might become even more of a target for bullying.

We can’t just let bullying continue to happen. Kids, parents, teachers, and more all need to do their part to keep it out of our schools and communities. It’s time to raise awareness, address the signs of bullying, and stop it from happening in the first place. Has your child been bullied before? How did their school handle it? Tell us in the comments.

You May Also Like: Top Tips For Managing Your Kids’ Activities