What Is A Situationship?: Both Sides Revealed 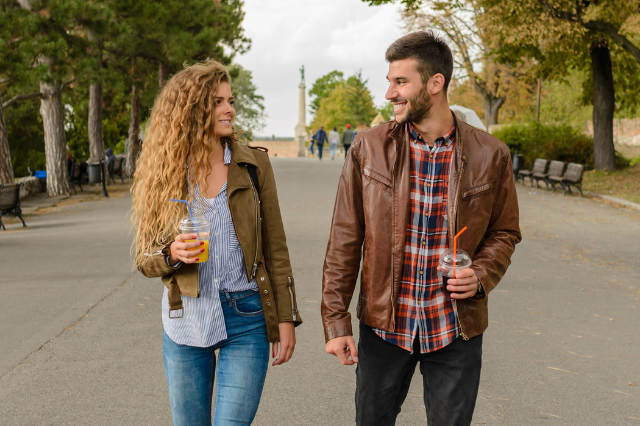 A relationship refers to the connection between two or more people or concepts. In a romantic relationship, for instance, two strangers find their better half in one another. Usually starting from infatuation and affection, these soul mates have mutual understanding, mutual respect, and mutual feelings.

A situationship pertains to the type of relationship that has no label. Two people are practically dating, but are not officially involved. It’s that abyss where they’re more than friends but less than lovers. It’s like the purgatory of romantic relationships.

Situationship and friends with benefits (FWB) are usually interchanged. Though both are not “official” romantic relationships, FWB is somewhat clearer. In an FWB relationship, both parties layout and agree with some ground rules. Most of the time, they’re both satisfied with the “benefits” they get that they don’t expect more. Situationship, on the other hand, is typically one-sided. They enjoy each other’s company, but there’s usually no verbal confirmation as to where they’re heading to.

Though the emotional connection is weaker compared to a romantic relationship, a situationship isn’t always a bad thing. As long as both parties are aware of and agree to the set-up, it has some benefits as well.

It could be positively perceived as the “testing the waters” stage. If you want to get to know the person first or ito savor the dating stage a bit longer, this could work for you. Spending time together, and allowing things to slowly unfold is more favorable for some.

No False Hopes, No Expectations

If you’re fully aware of and accept the situationship, you’re less likely to get disappointed or frustrated. Since you know for sure that you don’t have a label, that you’re not their boyfriend or girlfriend, you subconsciously do not set your hopes high.

For some reason, there simply are people who are not fans of commitment. Maybe not at this time or not at all, but if you fall in this category, this could be a great option for you. In a situationship, you’re not “required” to do anything unlike when you’re in a committed relationship.

A situationship promises you freedom. It can offer you a life companion and a single life at the same time. You can party with other people, you can chat with whoever you want on social media, you can hang out with different people – you can do anything, anywhere, anytime.

Just like with anything else, the aforementioned benefits come with certain consequences. Below are the dark sides of a situationship.

As previously mentioned, a situationship is usually involuntary – a one-sided love affair. Since there’s no verbal communication of rules or expectations, it’s unavoidable that one gets misled. The person who’s craving for more chooses to stay though, hoping to turn the situationship into a relationship. The romantic partner who’s currently blinded by love thinks it’s better to be in a situationship than to lose the other person.

Situationships could bring up feelings of uncertainty that could negatively impact one’s mental health. If you’re the partner who wishes to level up the connection but you feel like you’re trapped in the situation, you’ll start feeling out of place. You basically don’t know where you stand because your relationship is in a gray area.

Since you’re not being 100% loved and valued, your confidence is somewhat compromised. Relationship experts believe that settling for anything less than what you know you deserve can eventually shrink your self-love and self-respect.

A situationship could sprout from a long-term friendship or consistent chatting on dating apps. This set-up could not end well if not both parties agree to it. Being misled by all these signs of interest that the other person is showing could result in false assumptions, which in turn can lead to disappointments and heartaches.

It’s natural for humans to crave love and affection. If not paid enough attention, however, this desire could lead to disaster. Whether you’re looking for a long or short-term healthy relationship, take time to first find more information, and set proper expectations. It’s okay if you’re not yet prepared for a real relationship; you don’t deserve someone that treats you less than you’re worth. After all, self-love matters the most.