What Is Sexual Harassment? The Definition, Types, And Signs You've Been Sexually Harassed

Home » Blog » What Is Sexual Harassment? The Definition, Types, And Signs You’ve Been Sexually Harassed 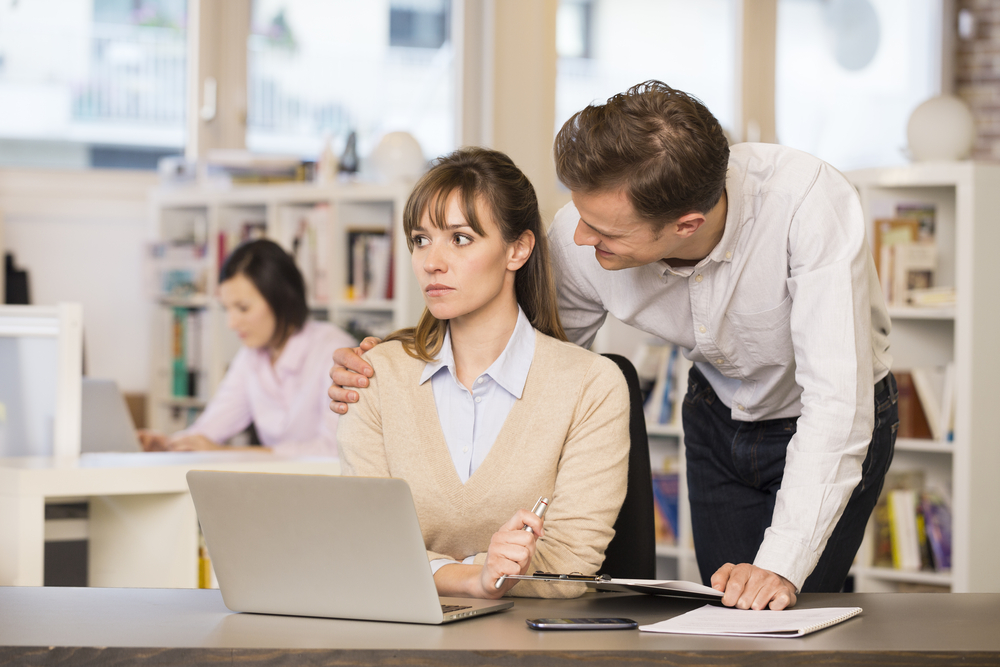 In the wake of the #MeToo movement, as well as accusations against numerous male celebrities, it’s a good time to review an important question: “What is sexual harassment?” And besides just that, we need to familiarize ourselves with the numerous types of sexual harassment out there. How can we identify them and protect not only ourselves, but our workplaces, schools, and public spaces?

What Is Sexual Harassment?

Sexual harassment is defined as unwelcomed sexual advances (physical, emotional, and verbal), requests for sexual acts or favors, or bullying/coercion of sexual nature.

Generally, sexual harassment is illegal, but there’s a legal gray area surrounding inappropriate verbal teasing and comments. That’s why it’s so important to discuss all the different forms of sexual harassment and how they can impact someone’s life, especially in the workplace. 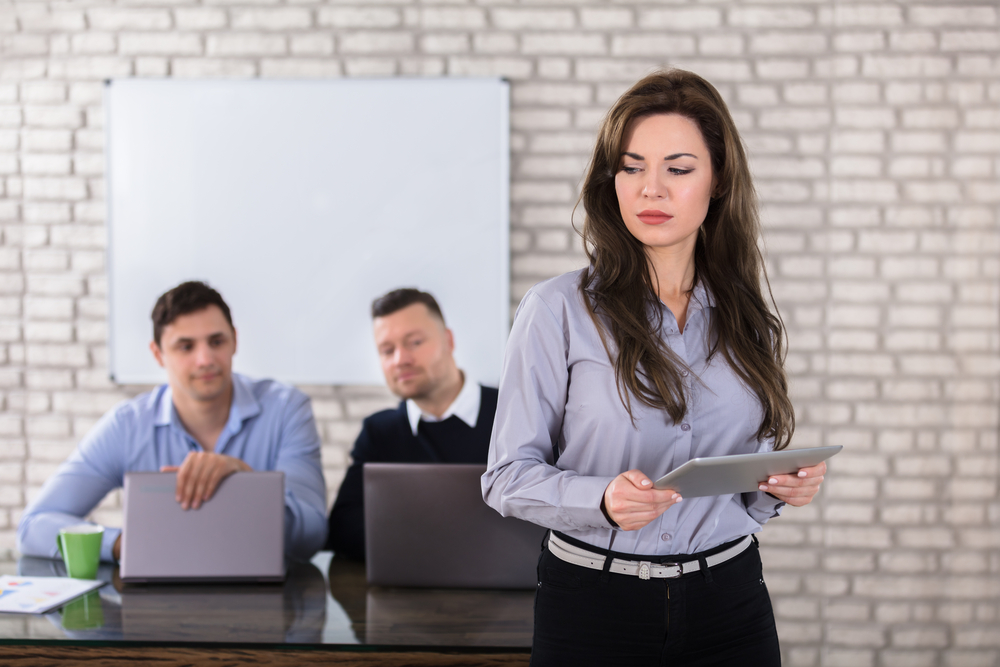 When people think of “sexual harassment,” their minds usually go right to the workplace. But it’s not just limited to professional environments. People can experience physical and/or emotional sexual harassment anywhere, from walking down the street to checking out in line at the supermarket.

According to The Civil Rights Act Of 1964, defined under Title VII, sexual harassment is considered a form of sex discrimination in the workplace. This law is the federal basis for sexual harassment claims, with states having the power to make their own laws, as well.

This type of sexual harassment involves someone in a position of power (CEO, manager, supervisor, etc.) who coerces one of their subordinates into performing sexual acts. Employees may be told that this is the only way they can keep their current position, receive a promotion, or other job benefit. In short, this harassment prevents them from advancing any further in their career. Typically, quid pro pro claims are isolated incidents.

If there are enough instances of sexual harassment to create an abusive, unwelcoming workplace, it’s considered to be a hostile work environment. There are several different factors that go into determining if a claim is valid or not. Among these factors include the frequency of the incidents, whether they were verbal or physical, and how many people participated in them. 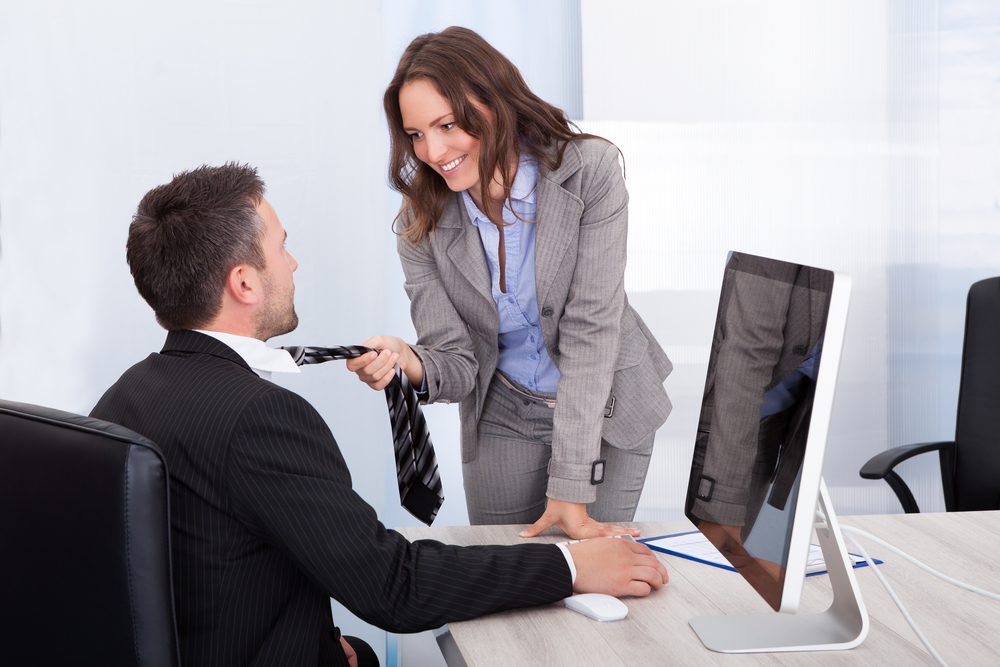 Some forms of sexual harassment are too subtle to notice right away.

Unfortunately, as you can probably guess from this post, recent events in the media, and maybe even your own life, sexual harassment is all too common. And it’s not always obvious, either. How can you know if you’ve been sexually harassed? Here are a few telling signs.

1. Learn About Your Neighbors And Coworkers

One of the best ways to stop sexual harassment is to nip it in the bud before it can happen. You can protect yourself by running a sexual offender search to see if you live nearby or work with any convicted criminals. Interviewing for a new employer? Or are you looking to hire a babysitter? Protect yourself and your loved ones. Do your due diligence and make sure they don’t have a past of sexually harassing others.

Let the harasser know that their actions are making you, or other people in your workplace, feel uncomfortable, threatened, and unsafe. They need to put a stop to their offensive behavior. If that doesn’t work, then it’s time to escalate it further.

3. Go To A Supervisor Or HR

During this process, be sure to document the sexual harassment that’s happening. If you received inappropriate emails, texts, or letters, save all of them in case you have to present them in court. Before taking legal action, you need to present your complaint to your employer. From there, they should put an end to the harassment.

In the absolute worst case scenario, if your employer does nothing to stop the sexual harassment in the workplace, you can file a lawsuit against them. It’s illegal for employers to retaliate against their employees. An attorney will help guide you throughout this process to get the justice you deserve.

It’s crucial that everyone know what sexual harassment is and how they can protect themselves. By identifying the different types of sexual harassment, you can keep yourself, as well as your colleagues, friends, and family, safe. So trust your instincts. If someone is doing something of a sexual nature that makes you uncomfortable, it’s time to speak up.

You May Also Like: 180+ Sexual Assault Claims Made Against Popular Massage Chain

One response to “What Is Sexual Harassment? The Definition, Types, And Signs You’ve Been Sexually Harassed”